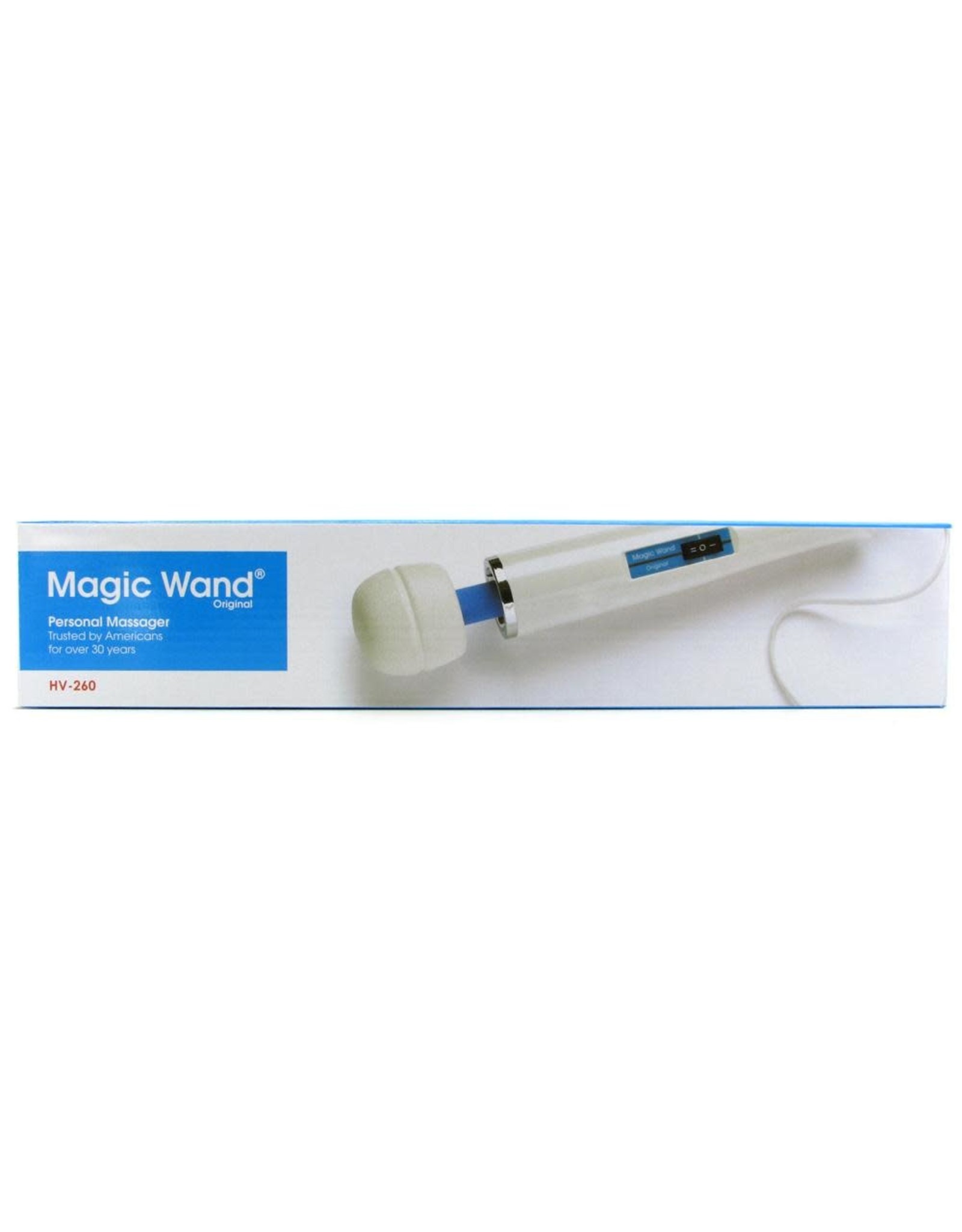 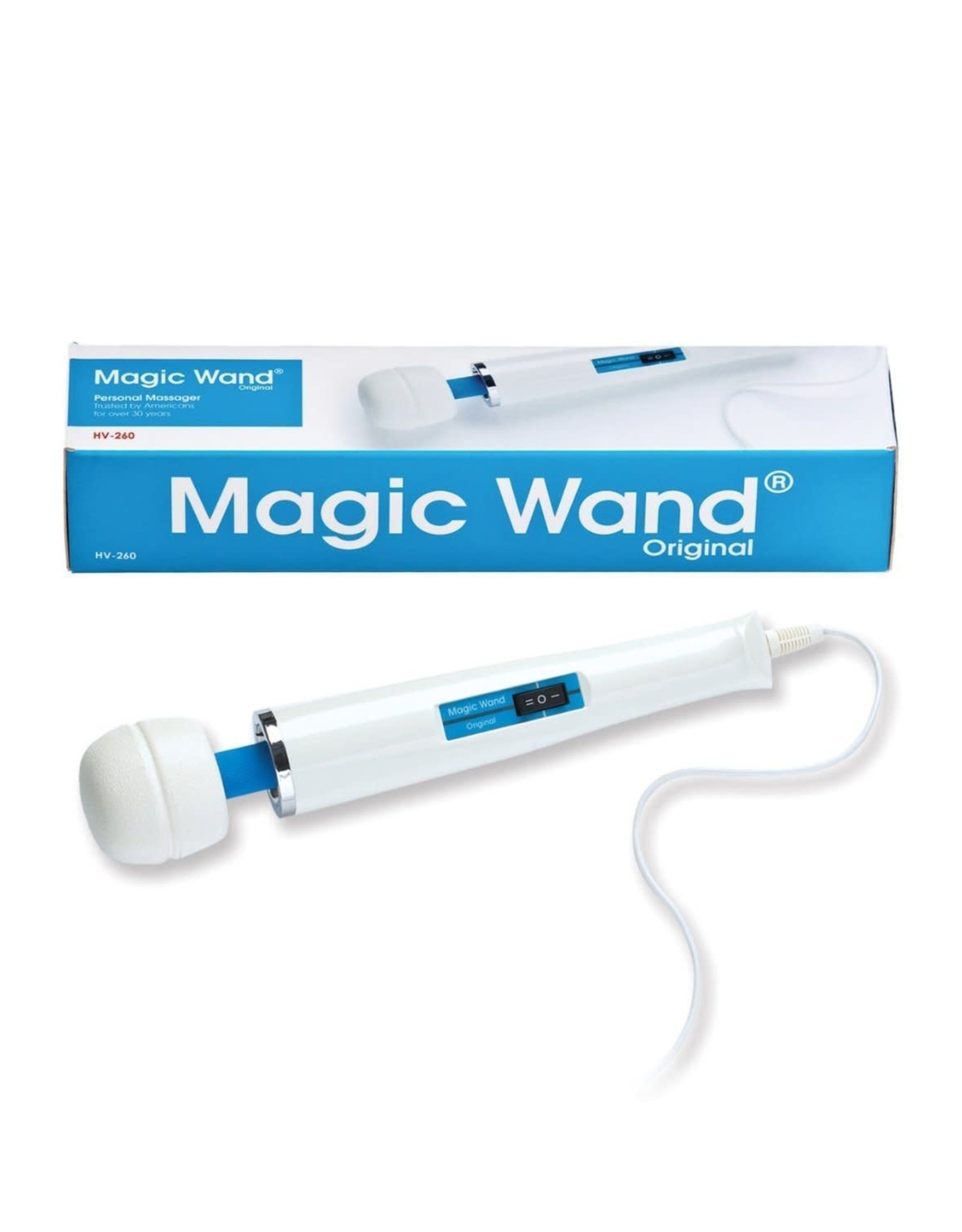 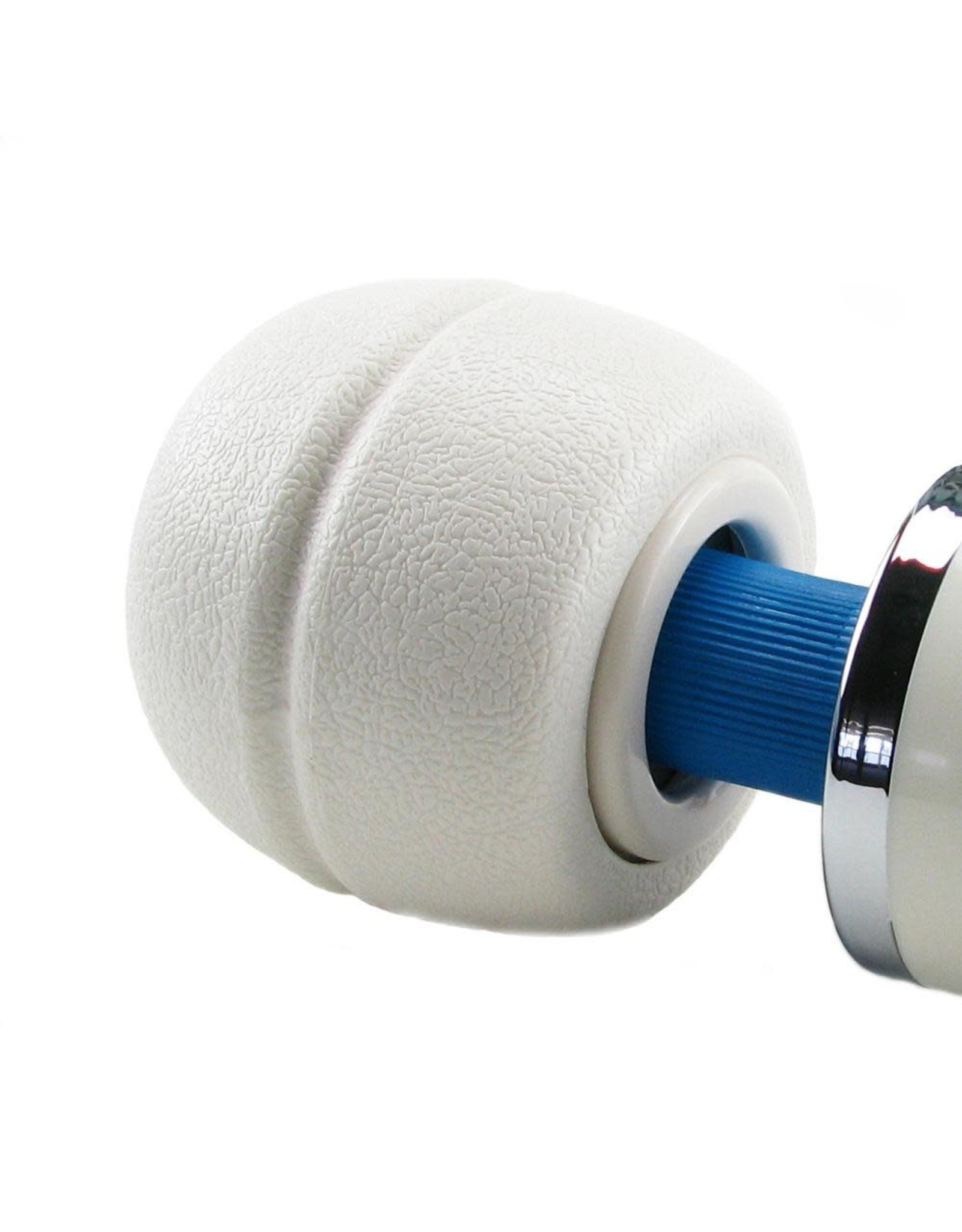 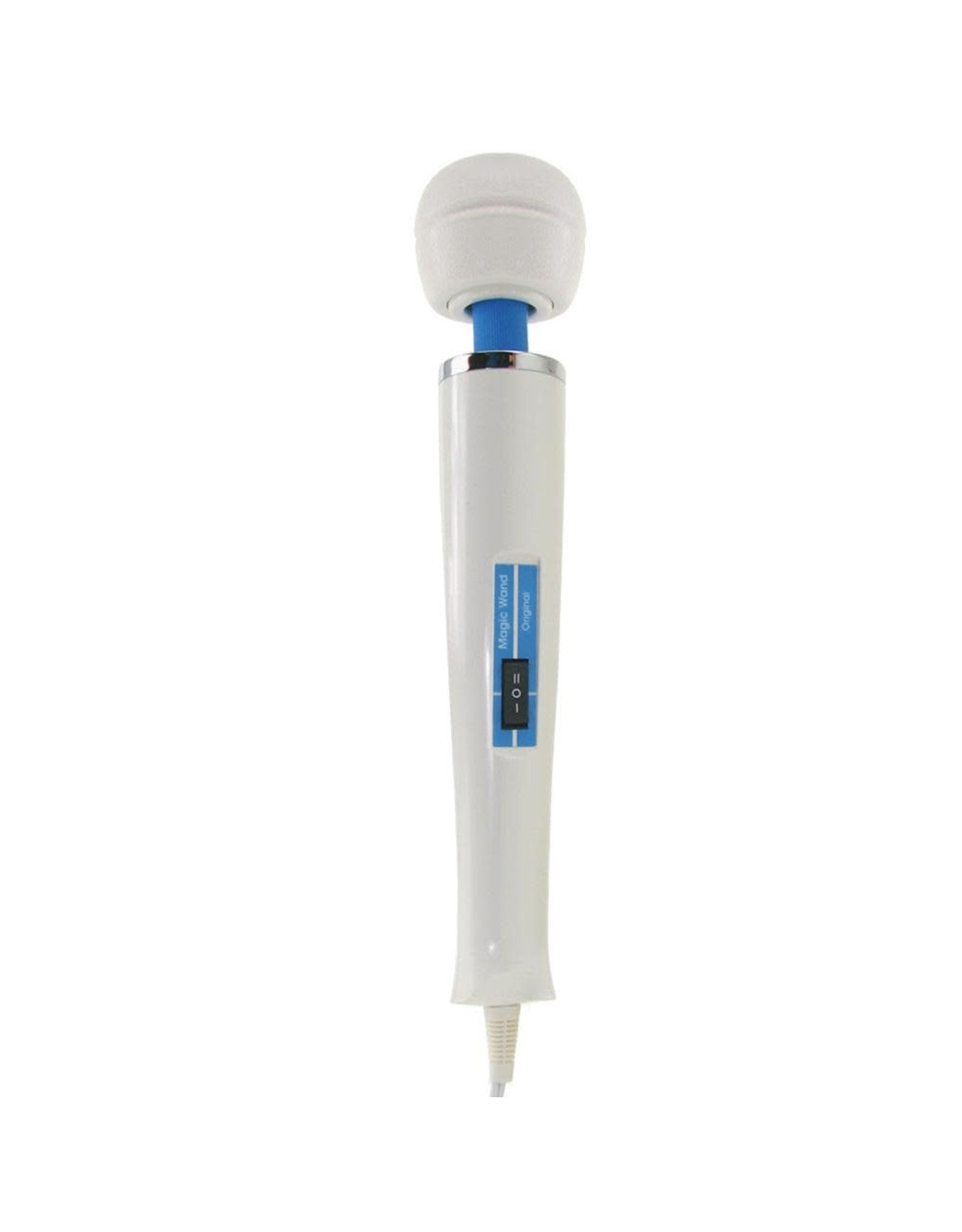 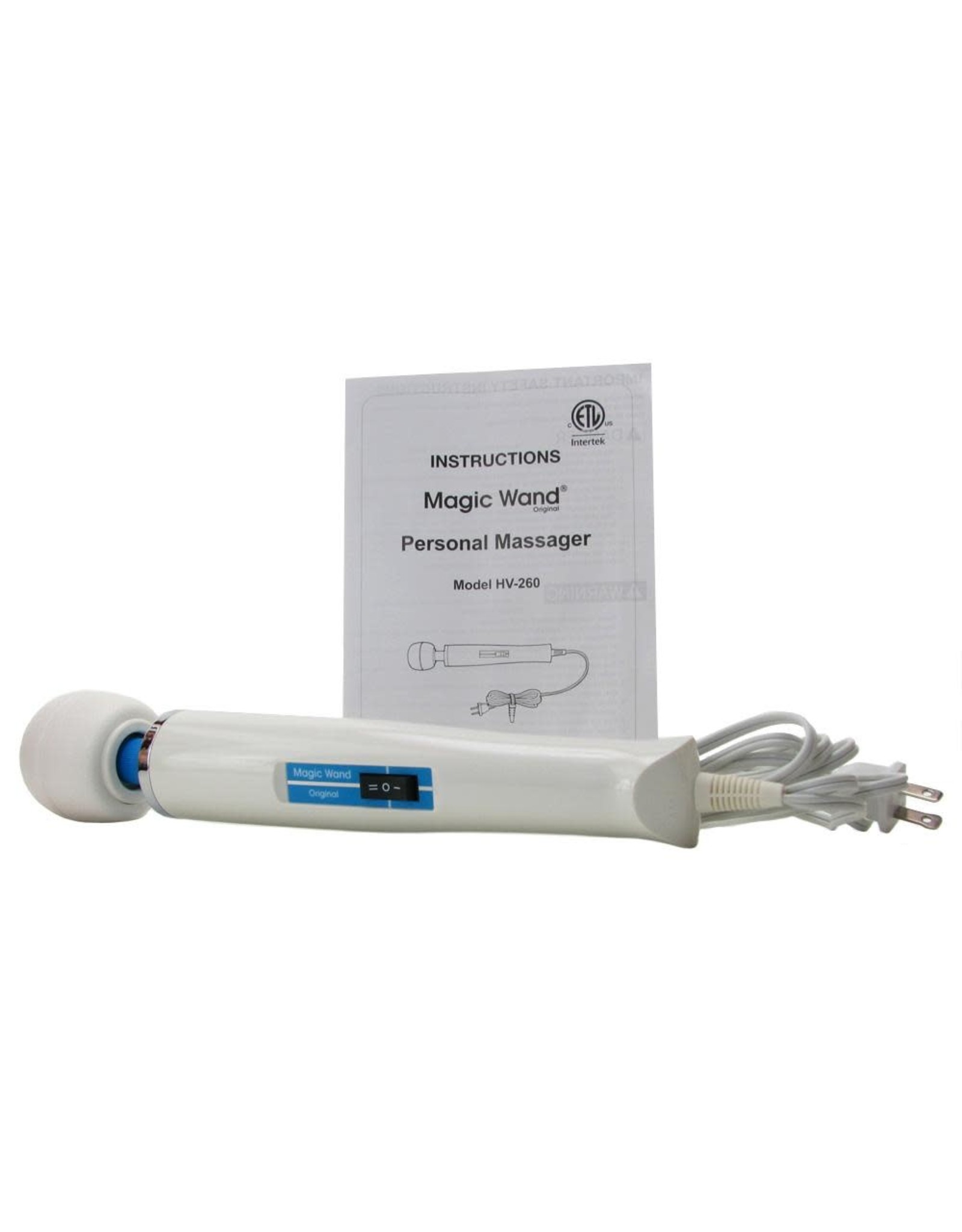 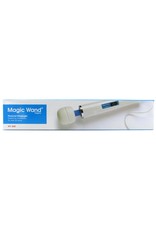 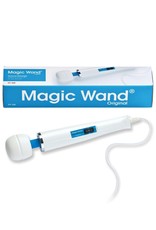 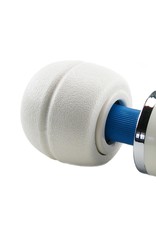 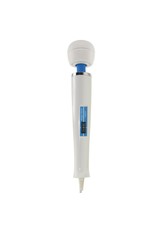 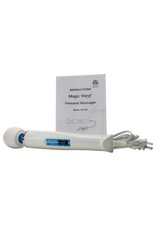 The classic Wand was originally developed as a body massager, working wonders on stiff muscles, but not much time passed before a whole new use surfaced- pure pleasure. The extreme power of this vibe is unparalleled thanks to a Japanese designed motor that's dependent on reliable electricity instead of batteries.

Extraordinary in its ability to bring on near-instant arousal and consistent, multiple orgasms, the Wand boasts two speeds, a low and a high setting (5,000 and 6,000 vibrations per minute, respectively), allowing for customization over the intensity (though the low setting is often absolutely perfect for most purposes). Deep, penetrating vibrations focus on whichever body part is lucky enough to be the recipient of the Wand's ministrations, and since it's broad, plush and softly rounded at the head, the shape easily nestles against the clitoris, the erogenous zone most often targeted by orgasm-seeking women.

An extremely manageable shape consists of a sleek, elongated base for perfect control and lots of reach, while the softer vinyl head flexes impressively on a neck designed for perfect placement. There are a number of attachments available for use with the Magic Wand to even more precisely target chosen areas like the g-spot, these (sold separately) slip over the head to allow for penetration or penile stimulation. Use a good water based lube if needed with the Wand. NOT for use in or around water. Power source: 100 – 120 volts electrical outlet. Weight: 1.2lbs (19.2oz)